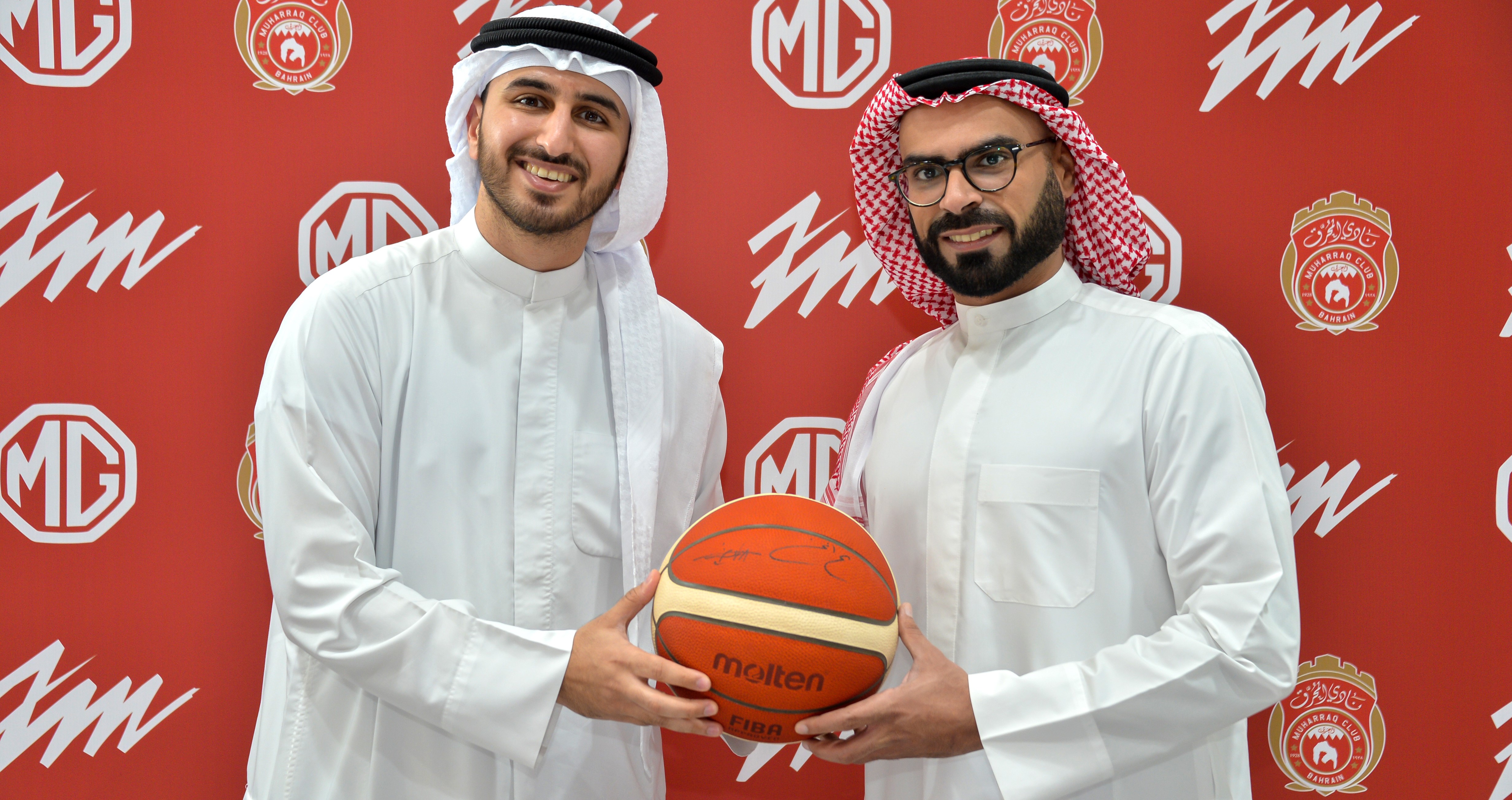 MG Bahrain has recently signed a partnership deal with Muharraq Club to sponsor the Club’s basketball team in the 2021-2022 season.

The deal comes as part of the British-born brand’s strategic approach to engage with the different sectors in the Kingdom, including the flourishing sports sector, in order to strengthen its position as a leading establishment in Bahrain and bolster its bonds with the society.

The sponsorship was announced during a press conference held on October 14, 2020, at MG Showroom, in the presence of Mr. Rashid Zayed Alzayani, Managing Director at Zayani Motors, the exclusive distributor of MG Motor in the Kingdom of Bahrain, Shaikh Abdulrahman bin Nasser Al Khalifa, Muharraq Club Board Member and Head of the Basketball Section, representatives of the media and a number of officials in the club and company, as well personalities involved in the Bahraini sports scene.

During the Conference, Mr. Rashid Zayed Alzayani stressed MG’s keenness to play an active role in the sports sector, adding that this is reflected by partnerships and sponsorship deals the brand has signed with various sports clubs around the world, including Al Ahli Football Club in Saudi Arabia, Liverpool Football Club in the UK and many more.

Commenting further, Mr. Alzayani said: “We are thrilled with the signing of this deal with a well-established sports club such as Muharraq Club. This partnership would have a positive impact on our efforts to promote the diversity of MG cars, which suit different tastes and age groups, thanks to its various sizes, features and specifications. This move will also highlight the exceptional services and privileges offered by Zayani Motors as one of the best car dealerships in the Kingdom and the GCC region. Muharraq Club is in the forefront of sports clubs in the region, and we aspire, through this partnership, to achieve more growth, success and prosperity together, and further extend this fruitful relation.”

On his part, Shaikh Abdulrahman welcomed the signing of the partnership deal with MG Bahrain, stating that it would certainly have a positive impact on the team and push it towards additional positive results at the local, regional and continental levels.

On the occasion, Shaikh Abdulrahman stated: “This is a delightful occasion and we are excited to compete in the upcoming tournaments and leagues under the MG logo. MG is a renowned brand with a solid global presence and a continuously growing reputation, especially in our region. We believe that this partnership would reflect positively on the team’s performance, as well as the Brand’s endeavours to cement its leading position not only in Bahrain, but also the region.”

MG Motor and Zayani Motors have partnered to introduce MG’s state-of-the-art fleet of sedan and SUVs in the thriving Bahraini automotive market, making Zayani Motors the sole and exclusive distributor of the British-born brand in the Kingdom. MG Motor and Zayani Motors are keen to roll out sensational offers and promotions for MG’s existing and new clients throughout the year, granting them the chance of winning hundreds of rewardable prizes and valuable discounts.