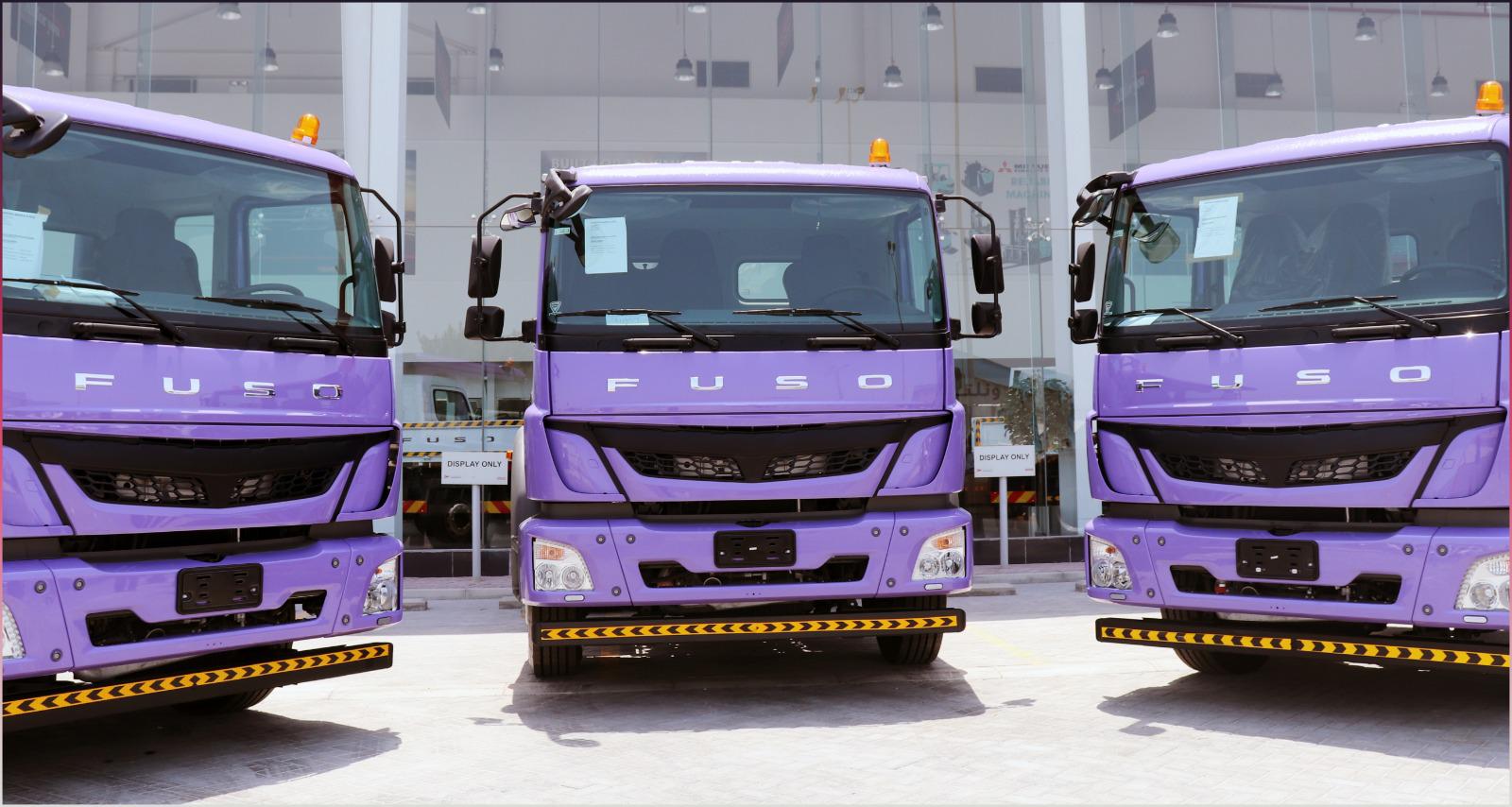 Zayani Motors; the exclusive dealer of Mitsubishi Fuso in the Kingdom of Bahrain, recently announced the delivery of a fleet of Mitsubishi Fuso heavy vehicles to Al Fateh Group, one of the leading heavy transport, customs clearance and logistics companies in Bahrain.

On the occasion, a special ceremony was organised at Zayani Motors headquarters in Ma’ameer to deliver the trucks. The function was attended by Zayani Motors General Manager Mr. Mohammed Zaki, Al Fateh Group CEO Mr. Jassim Mohammed Al Moussawi, and a number of senior officials from the two companies.

This delivery comes within a series of agreements between Zayani Motors and Al Fateh Group to deliver Mitsubishi Fuso trucks. It comes with the aim of reinforcing the Group’s fleet of heavy trucks and to also enhance the heavy transport operations of imported and exported containers from and to the Kingdom of Bahrain.

As the ceremony came to an end, Mr. Zaki expressed appreciation to Al Fateh Group for its solid confidence in the high quality services and products offered by Zayani Motors. For his part, Mr. Al Moussawi thanked Zayani Motors for its exceptional services, top-notch products and the high professional efficacy of its staff members, adding that the Group relies on Mitsubishi Fuso trucks in its operations, thanks to its durability, modern features and quality.