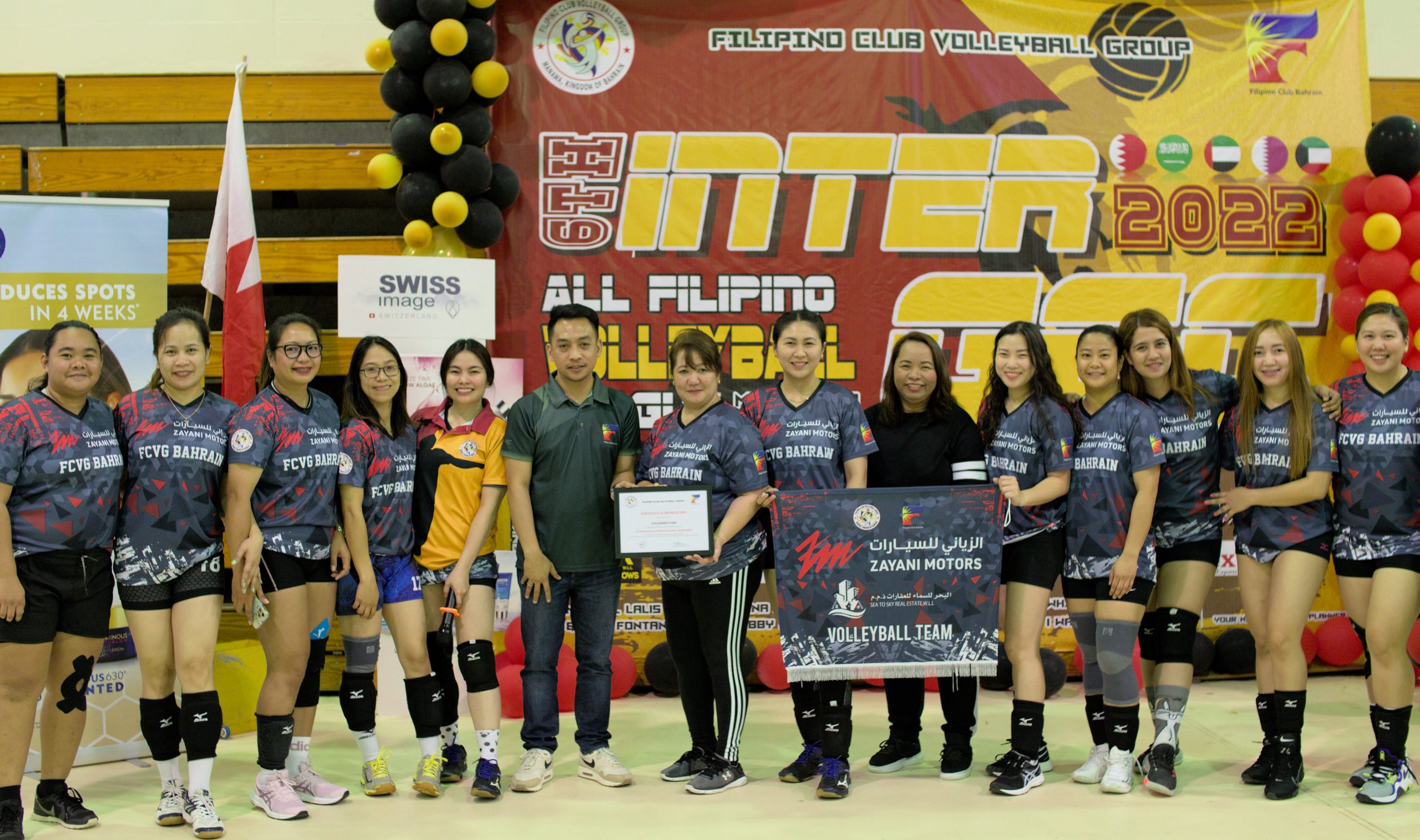 Zayani Motors, one of the leading automotive dealerships in the GCC region, has recently supported the 6th Inter-GCC All Filipino Volleyball Tournament, which was hosted in the Kingdom of Bahrain on May 3, 2022, and witnessed the participation of several teams from Bahrain and neighboring GCC states.
In the tournament, which is organised by the Filipino Club Volleyball Group (FCVG); a core group under the Filipino Club Bahrain umbrella, since 2013, Zayani Motors sponsored Bahrain’s women team, which is formed of members of the Filipino community in Bahrain.
The activity was held this year at Muharraq Sports Club and was attended by representatives of the Embassy of the Philippines in the Kingdom of Bahrain.and members of the Filipino community in Bahrain and GCC countries, while the participating teams were from Kuwait, Saudi Arabia and the United Arab Emirates.
The FCVG Team, sponsored by Zayani Motors, won the tournament for the Women’s division, after beating the Riyadh Team by two sets in the final match and being crowned as the champions of the women’s division in the 6th Inter GCC All Filipino One Day Volleyball Tournament.
Zayani Motors’ sponsorship of the team comes within its solid commitment to supporting various social and sports activities, in line with the approach of the Kingdom’s Wise Leadership to promote sports culture and healthy lifestyle among the different segments of the Bahraini society.
Get in touch with Zayani Motors by calling 17 703 703, and stay tuned to its latest news and updates by following Zayani Motors on Facebook (zmotorsbh), on Instagram (zayanimotors), or simply visit www.zmotors.com.