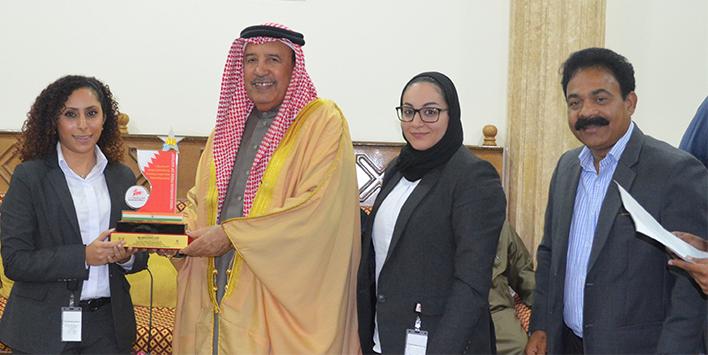 In celebration of the Kingdoms glorious 45th National Day, Zayani Motors has sponsored the longest display of the Bahrain national flag.

The event, which took place on the 16th was part of the ‘Indo-Bahrain Pride of Nation’ celebration,organised by Golden Graphics&PavithranNileshwaram under the patronage of Muharraq Governorateto highlight the amicable relations between Bahrain and India, and to express the dedication of the Indian community in Bahrain to the country.

A 16.16 km long Bahrain national flag, which is the longest Bahraini flag ever made, was displayed extending from the Bahrain International roundabout all the way to the Prince Khalifa bin Salman Park in Hidd. This was an attempt at a world record, the current one achieved by Syria in 2011, with a length of 16 km.

Zayani Motors was immensely proud to be a principal among several sponsors of this event, celebrating the National Day with such flourish. Samya Al Kindi, Marketing Manager of Zayani Motorssaid, “I speak on behalf of the Management when I express my pleasure, honour and pride to be a part of this record-setting event, which marks an achievement for the country. Zayani Motors is always keen to express its love and loyalty to the Kingdom.”

As a token of appreciation from Muharraq Governor, His Excellency Salman Bin Isa Bin Hindi presented a memento to Zayani Motors Marketing Manager Samya Al Kindi and also appreciated Zayani motors for supporting such a good cause.On this occasion, the Management of Zayani Motors also wished to extend their greetings and well-wishes to all of Bahrain’s people, conveying their pride and gratitude to the wise Leadership of the nation, optimistic that the coming years will bring the country more distinction and accomplishments.